With all the Hacking and Phone tapping fuss, here are a couple of cartoon strips I came across today.
Is the media really so dumb or do they know all this stuff and realise that they are essentially an ignorance factory doing a fantastic job of nurturing ignorance or are they the Ignorant leading the ignorant, or the blind leading the blind?

On ´´Wire tapping´´, Vault 7  Snowden and all that, demonstrates the fact that all data is harvested by definition and therefore ordering a wiretap or a surveillance is not necessary these days. It´s more like dialling out for a ´pizza´ for john podesta or a ´hot dog´ for president Obama, you might say.

´´Wire Tap ´´ is merely a colloquialism in this digital wirelessly networked age. 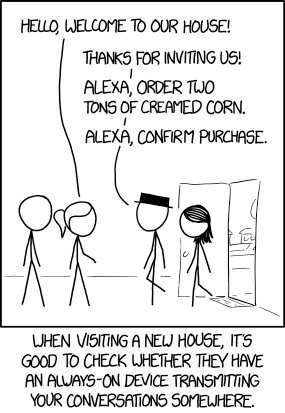 First Though a bit of ABC.

The ABC Trial was an official secrets case of 1977-78, when a Labour government prosecuted two journalists and a former soldier for holding an interview, using the Official Secrets Act 1911, a law they had promised to repeal years before. The ABC case (named after the three defendants: Crispin Aubrey, John Berry and Duncan Campbell) ended in November 1978, causing grave embarrassment for James Callaghan‘s Labour government.[1]
Aubrey was a journalist for Time Out magazine, Berry a former corporal in Signals Intelligence (SIGINT), and Campbell an investigative journalist. One of the prosecution witnesses, an anonymous SIGINT officer referred to as Colonel B, was in fact Hugh Johnstone.[2]

So one sees that there really is very little new under the sun indeed Baruch Spinoza said this in 1676.

Barack Obama had some explaining to do to Chancellor Frau Merkel.

Duncan Cambell Breaks it down in this article here.

News that Britain is operating a secret embassy-based eavesdropping site in Berlin caused a “serious diplomatic crisis between the two countries,” according to a BBC report.
Ambassador Simon McDonald was “called in” on Tuesday 5 November by the German Foreign Office at the request of Foreign Minister Guido Westerwelle to respond to the report that a cylindrical structure on the roof of the British embassy in central Berlin housed electronic surveillance equipment monitoring communications signals and phone calls.

The final word and I for one, am betting that the last laugh will rest with President Donald Trump.

On #ArtificialScarcity , Economical with the actualite.

Are we nearly there yet? Two weeks to flatten the curve. Are we there though?…

WE NEED TO TALK ABOUT MR. GLOBAL – PART ONE – CATHERINE AUSTIN FITTS &…