For some strange reason I can not get this page to format properly with this combination of content? The formatting worked perfectly well on the Novels web site so hhere a link where this post can be read properly formatted , strangely enough at the home for which it was intended.

A brilliant lecture. These themes and insights are essential to realising the need for a federated approach to monetary measures of value and exchange. The political impasse which Neo Liberalism has inevitably reached sees the move to a Globalised centralised State built upon Elitism ranged against the Technological possibility and nascent ability to nurture decentralised distributed networks built around trustless contracts. Centralised Banking Power or decentralised complementary currencies. These themes are all examined in my current Novel The Conquest of Dough. A pun on Kropotkin’s The Conquest of Bread.

When one looks at The Economics doctrines of Economies of Scale and the attendant race to the bottom of Global Competitiveness it is easy to forget the Flip Side of that doctrine which is, of course, Diminishing Marginal utility/returns. This, of course, begs the question whoÂ´s Utility

With Energy networks, social networks and Cellular communications networks and the notion of National Electricity and Gas Grids wee can look at Inputs ( Feed In Tariffs ) and Outputs ( Grid surplus export) and see that localisation of and subsidiarity of ownership and production decisions are now all possible.

The Key to this distributed network whole system ( society thinking ) is a question Subsidiarity where the end user is the Subsidiary instigator of Network decisions in is a question of changing the polarity of our Governance circuits so that the Current flows from the Subsidiaries to the Hubs and from the hubs to a central information exchange of pooled instructions which can be filtered and read for signals of symbiotic advantages and possible contradictions which might benefit from further thought.

Just one example is the work being done regarding Electricity Grid Balancing with Electric vehicle charging using Car Power cell arrays as a sink for storage of energy production peaks off the grid for use in low production but high production periods.

1:58
that we’re going to put on them in the
1:59
network was never really designed to
2:01
have so many things all in one place it
2:04
was designed for powering people’s homes
2:06
for cooking it wasn’t originally
2:08
designed for transportation fuel as well
2:11
there’s a couple of streets with 50 or
2:14
60 electric cars that are all plugged in
2:16
at the same time and people come home at
2:17
night things like time-of-use tariffs
2:19
can’t can help and to a certain extent
2:21
the market will dictate when those
2:23
carrots are and will help alleviate some
2:25
of the overall issues that that local
2:26
clustering effect probably still needs
2:29
an element of the significant upgrade in
2:32
an area or a bit of smart intelligence
2:34
applying to it just to make sure that if
2:36
you’re unexpected does happen we
2:38
suddenly get a lot of charging all at
2:40
once that we don’t end up with an issue
2:42
on the Mount that’s the last thing we
2:43
want is the lights to go out we’ve all
2:45
seen those graphs where as this huge
2:46
spike of demand in the evening and then
2:48
it drops right off during the night and
2:50
one of the arguments I’ve heard from
2:52
some of the National Grid as if we if
2:53
there were a lot of electric cars
2:54
charging at night then that usage would
2:57
would level a bit yeah yet yet were I
3:00
mean I mean lots of modeling has been
3:02
done into how consumers with cars may
3:04
well decide decide to charge and there’s
3:07
lots of different results one of the
3:09
things that is common is what one thing
3:10
you do see even with time of use talax
3:12
is a big increase in that Peaks or tea
3:16
time demand so at a time when people
3:18
come home from work and that’s one of
3:20
the things through the smart charging
3:22
that we’re proposing will just be a way
3:24
of limiting at that peak at those times
3:27
and avoid over sizing the grid yeah well
3:31
ultimately if we oversize it you know
3:33
qrst
11:22
they’re able to control the grid better
11:24
using various technologies and then
11:26
you’ve got storage which is coming
11:27
online and there’s a lot of storage
11:28
either hydro pump storage batteries you
11:31
know imagine the future with all the
11:32
electric cars acting as a reservoir for
11:34
all the wind farms and that is
11:36
technologies not so far away the
11:38
renewables industry in general is
Welcome to the Future, The PeoplesRepublicc of Doug.
This is an early implementation through to a more up to date look at Ethereum with the latest version of solidity. Gav Woods work on localised voting systems is also relevant to this general field of direct democraticdistributionn networks implementing subsidiarity concepts with the polarity from the boundary to the centre and not vice versa.
https://github.com/paritytech/parity/wiki/Tutorial-Part-6
qwert

Ethereum, The prescient augur of exchange.

Ethereum, The prescient augur of exchange. 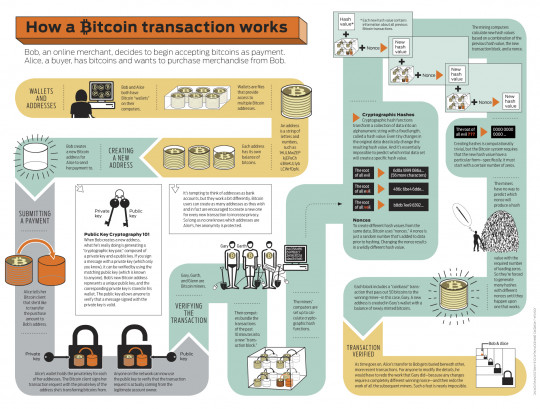 In last December I got a totally unexpected email, that had an invitation to give a 18 minute talk in front of 2000 people in a very big and a famous event in Vancouver, Canada: on the next TED conference.
https://decentralize.today/the-future-of-us-zeronet-ted2017-6c0fdc74705b#.gx23no439

The distributed web is above all about Democracy. There are many watered down versions of democracy and also models of governance calling themselves democratic which are nothing of the sort. Your Platform, IPFS and Swarm and others I have not heard of, I am sure.,are at the Elite end of Computing. Within the proprietary software model even distributed systems would leave existing Elite hierarchies in control manipulating and rationing information and access to the fruits of what we call Society or civilisation.
Richard Stallman the founder of GNU describes what free software is.
Â´Â´Free software means the users have the freedom to run, copy, distribute, study, change and improve the software.Free software is a matter of liberty, not price. To understand the concept, you should think of â€œfreeâ€ as in â€œfree speechâ€, not as in â€œfree beerâ€.
More precisely, free software means users of a program have the four essential freedoms:

Scott has put rural and marginal people at the center of his previous studies, and here he offers a history of the estimated 100 million people who live in a vast hill and mountain zone that runs across southwest China, northeast India, and parts of five Southeast Asian countries. These populations fled into the hills over the course of two millennia, he argues, to avoid the imposition of slavery, indentured labor, and taxes by expanding states. There they evolved languages, economies, and ways of life designed to keep the state at bay. Outside of Asia, too, such fugitive populations define the “ungovernable” territories and “minority” or “tribal” identities usually thought of as exceptions to the norm. Scott often returns to the complex example of Myanmar (also called Burma) to explain how states mapped terrain, classified populations, and acquired resources as they expanded — and to show how the Kachins, the Hmong, and others resisted. He believes that the uplanders’ strategies of avoidance are approaching an endgame as new technologies give the modern state a longer reach. But the news from Afghanistan and Pakistan, as well as from Myanmar, suggests that these ungoverned groups may hold out longer than Scott thinks.
The Art of Not Being Governed: An Anarchist History of Upland Southeast Asia is a book-length anthropological and historical study of the Zomia highlands of Southeast Asia written by James C. Scott and published in 2009.[1]

For two thousand years the disparate groups that now reside in Zomia (a mountainous region the size of Europe that consists of portions of seven Asian countries) have fled the projects of the nation state societies that surround themâ€”slavery, conscription, taxes, corvÃ©e, epidemics, and warfare.[1][2] This book, essentially an â€œanarchist history,â€ is the first-ever examination of the huge literature on nation-building whose author evaluates why people would deliberately and reactively remain stateless.
Scott’s main argument is that these people are “barbaric by design”: their social organization, geographical location, subsistence practices and culture have been carved to discourage states to annex them to their territories. Likewise, states want to integrate Zomia to increase the amount of land, resources and people subject to taxation. In other words, to raise their revenue. [3]
Zomia’s ethnic groups were formed mostly by people running away from states, seeking for refuge, each of them with their own ethnicity. Adding the isolation of the terrain, these characteristics encouraged a specialization of languages, dialects and cultural practices. [3]  Moreover, to remain stateless they have used this specialization along with agricultural practices that enhance mobility; devotion to prophetic, millenarian leaders; and maintenance of a largely oral culture to reinvent their histories and genealogies as they move between and around states.[citation needed].
Scott admits to making “bold claims” in his book[4] but credits many other scholars, including the French anthropologist Pierre Clastres and the American historian Owen Lattimore, as influences.[4]

1 thought on “How Grains Domesticated Us. Re-post Formatting problems. Written For the COnquest of Dough Blog.”