To each their own; I found it brilliantly reasoned and will be studying it further. It reminded me of Spinoza, and commentary or several commentaries will open the many-sidedness which are within the Multi-Faceted Gem presented. #Anekantavada #VeinsofWealth #GrubStreetJournal pic.twitter.com/DY6SI3N5t8

Spinoza contends that “Deus sive Natura” is a being of infinitely many attributes, of which thought and extension are two. His account of the nature of reality then seems to treat the physical and mental worlds as intertwined, causally related, and deriving from the same Substance. It is important to note that, in Parts 3 through 4 of the Ethics, Spinoza describes how the human mind is affected by both mental and physical factors. He directly contests and denies dualism. The universal Substance emanates both body and mind; while they are different attributes, there is no fundamental difference between these aspects. This formulation is a historically significant solution to the mind–body problem known as neutral monism. Spinoza’s system also envisages a God that does not rule over the universe by Providence, by which it can and does make changes, but a God that is the deterministic system of which everything in nature is a part. Spinoza argues that “things could not have been produced by God in any other way or in any other order than is the case,”;[92] he directly challenges a transcendental God that actively responds to events in the universe. Everything that has and will happen is a part of a long chain of cause-and-effect, which, at a metaphysical level, humans are unable to change. No amount of prayer or ritual will sway God. Only knowledge of God provides the best response to the world around them. Not only is it impossible for two infinite Substances to exist (two infinities being absurd),[93] God as the ultimate Substance cannot be affected by anything else, or else it would be affected by something else, and not be the fundamental, all-pervasive Substance.

Watching the Excellent Documentary Why are we here I was very much taken by the interview with Mathematical Biologist. Martin Andreas Nowak (born April 7, 1965) is the Professor of Biology and Mathematics and Director of the Program for Evolutionary Dynamics at Harvard University.

THE MATHEMATICS OF COOPERATION

MN: So here we have a sea of co-operators in blue and a single defector.
David: Tell me what you mean by co-operator and defector.
https://notthegrubstreetjournal.com/2019/05/11/web-3-ipfs-intermediaries-in-a-disintermediated-world-coals-to-newcastle-gcmaf-effectivecancertreatment-bigpharma-davidnoakes-web3-anticensorship/

“If the American people ever allow private banks to control the issue of their currency, first by inflation, then by deflation, the banks…will deprive the people of all property until their children wake-up homeless on the continent their fathers conquered…. The issuing power should be taken from the banks and restored to the people, to whom it properly belongs.” . . . “Paper is poverty. It is the ghost of money and not money itself.”– Thomas Jefferson, 1743-1826

Uber posted its largest-ever quarterly loss — $5.2 billion — this week, as it faces increasing competition and investor scrutiny as a publicly-traded company. https://abcn.ws/2KQgQ1Z

Uber posted its largest-ever quarterly loss — $5.2 billion — this week as it faces increasing competition and investor scrutiny as a newly public company.

33 people are talking about this

rogerglewis  Uncategorized  November 5, 2016 19 Minutes
The Giant Sucking Sound , A Sharp intake of Breath, A duel to the death. The New United States Republic 1776-2016.
In 1729 Benjamin Franklin wrote a pamphlet ´´A modest Enquiry into the nature and the necessity of a paper Currency.”
a modest enquiry,
”There is no Science, the Study of which is more useful and commendable than the Knowledge of the true Interest of one’s Country; and perhaps there is no Kind of Learning more abstruse and intricate, more difficult to acquire in any Degree of Perfection than This, and therefore none more generally neglected. Hence it is, that we every Day find Men in Conversation contending warmly on some Point in Politicks, which, altho’ it may nearly concern them both, neither of them understand any more than they do each other.
Thus much by way of Apology for this present Enquiry into the Nature and Necessity of a Paper Currency. And if any Thing I shall say, may be a Means of fixing a Subject that is now the chief Concern of my Countrymen, in a clearer Light, I shall have the Satisfaction of thinking my Time and Pains well employed.
To proceed, then,
There is a certain proportionate Quantity of Money requisite to carry on the Trade of a Country freely and currently; More than which would be of no Advantage in Trade, and Less, if much less, exceedingly detrimental to it.
This leads us to the following general Considerations.”

The works of William Blake, poetic, symbolic and critical/2/The Everlasting Gospel https://en.wikisource.org/wiki/The_works_of_William_Blake,_poetic,_symbolic_and_critical/2/The_Everlasting_Gospel This is the First Dialogue between John Hearn a “Monetarist Economist” and Roger Lewis (writer of this blog), Jack of all trades and master of none, general chef and Bottle Washer and occasional poet. amount (7) anything (7) assets (5) balance (7) bank (37) banking (10) banks (25) become (6) better (6) …

An article published by Roy Sebag (“RS”) this past March with the above captioned title was recently brought to my attention in the course of an interesting “conversation” on Twitter, which actually included a well-known anthropologist, some crypto people, and some “gold-bugs” inter alia. In this essay, my first on Medium, I shall argue RS fails to properly describe “the Natural Order of Money” with an undisguised attempt to perpetuate a long-ago discredited “intrinsic” value theory.

Why Positive Money is wrong Posted on May 6 2018 Carol Wilcox, who comments here often and is an able campaigner on land value tax issues, has asked me to comment on why I take issue with Positive Money’s (PM) proposals on money creation, and why I think they conflict with modern monetary theory.

I am not a great fan of blowing smoke up the arse of anyone, see my reservations on Steve Keen, Richard Murphy and also myself. Ingroup Bias is the enemy of intellectual discovery. SO in the spirit of advancing the discussion here goes nothing! Hi Tim,   “This process, however it is carried out, destroys …

Meet the Fuggers or, its the Money Power stupid.  Brexit, The Euro and clueless Elites.   The Eastern Roman empire under Justinian saw the seeds of its final fall to The Ottomans when Abd El Melik started paying tribute in Gold coinage under his own Political Branding you might say. With all the talk of …

Hi Tim,
Rather depressing reading in the comments if that sort of thing gets you down.
SEEDS is a part of the solution to the current problem. I personally think, as you know, that Seeds needs to be coupled with an embodied energy index that will then translate to an empirically falsifiable value scale for the pricing of monetary exchanges.

Heisenberg, Gödel, and Chomsky walk into a bar

Heisenberg looks around the bar and says, “Because there are three of us and because this is a bar, it must be a joke. But the question remains, is it funny or not?”

And Gödel thinks for a moment and says, “Well, because we’re inside the joke, we can’t tell whether it is funny. We’d have to be outside looking at it.”

And Chomsky looks at both of them and says, “Of course it’s funny. You’re just telling it wrong.”

1.oil, gas and coal remained, as they are now, the source of fourth-fifths of the energy that we consume.

There is nowhere else to start but at the beginning.

Here is a Graph of World energy use in terms of TerraWatt Hours,

This is a Three and a half-hour lecture I have probably watched it in full 5 times, as I have a photographic memory it is unusual for me to read or watch anything more than twice. Why this Eric Dollard lecture is so important is that it makes two very important points about Magnetic …

#GrubStreetJournal #Exegesis #Hermeneutics #FluxCapacitor   At Stack Exchange, one of the tricky things we learned about Q&A is that if your goal is to have an excellent signal to noise ratio, you must suppress discussion. Stack Exchange only supports the absolute minimum amount of discussion necessary to produce great questions and great answers. That’s why answers get constantly re-ordered by votes, that’s 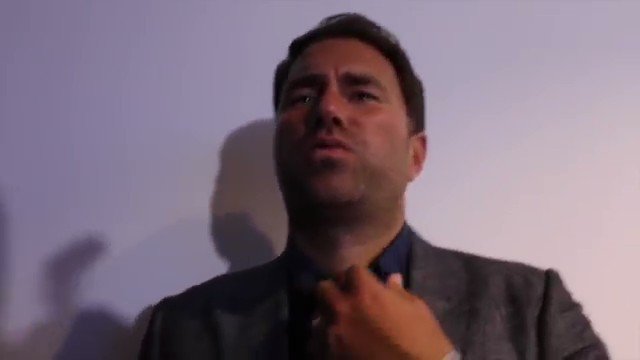 507 people are talking about this

“The majority of politicians, on the evidence available to us, are interested not in truth but in power and in the maintenance of that power. To maintain that power it is essential that people remain in ignorance, that they live in ignorance of the truth, even the truth of their own lives. What surrounds us therefore is a vast tapestry of lies, upon which we feed.” – Harold Pinter, Nobel Prize Lecture (Literature), 2005

THE DISENCHANTED MAJORITY VERSUS THE ESTABLISHMENT

OPINION: Time for a Coalition of disenfranchised vulnerable Britannia

The Links are taken from this Remarkable web site.

Dissent This
These are video clips from an interview that Patrick Byrne did with Vice News. I captured the important things that Byrne had to say that reveal the agenda and his part in it.

Our only debt is to Nature and What Is.
Environmental Pragmatism Live and let live.

Zero points, a dread score second only to coming second in Eurovision. Let me explain…