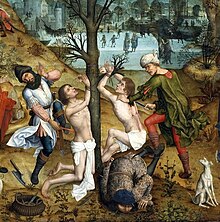 Saint Crispin’s Day falls on 25 October and is the feast day of the Christian saints Crispin and Crispinian (also known as Crispinus and Crispianus, though this spelling has fallen out of favour), twins who were martyred c. 286.[1]

It is a day most famous for the battles that occurred on it, most notably the Battle of Agincourt in 1415. Because of the St. Crispin’s Day Speech in Shakespeare’s play Henry V, calling the soldiers who would fight on the day a “band of brothers”, other battles fought on Crispin’s day have been associated with Shakespeare’s words. Other notable battles include the Battle of Balaclava (Charge of the Light Brigade) during the Crimean War in 1854 and the Battle of Leyte Gulf in the Pacific theatre in 1944.

With that list, this list of Wells’s from The fate of Mann quoted in My poem Globalisation Unentangled.

Cabalists, Gnostics, Manichaeans, the Old Man
of the Mountains, Knight Templars, Satanists,
Rosicrucians, Illuminati, Freemasons, Rousseau,
Voltaire, Cagliostro, Madame Blavatsky, Mrs. Besant,
Trade Unions, Anarchists, Socialists, Theosophists,
Communists, Those Bolsheviks, a frightful horde
all plotting and getting hold of power and handing
it on and doing down Christianity and the Christian life
Wells The Fate of Man.p.259 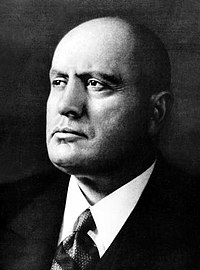 Meet the Fuggers or, its the Money Power stupid.

Brexit, The Euro and clueless Elites.

Revisiting after 6 months.
https://notthegrubstreetjournal.com/2019/03/09/https-steemit-com-cognitivedissonance-tonefreqhz-untangling-cognitive-dissonance-pt-1-notes-part-2-notes/
Linked in this Blog Here.

I do think Tax avoidance comes into it but it is related to the wider issue of Money Laundering, the Panama Papers, and The Military-Industrial Complex.
Jo COx’s Murder is relevant to this question also.
https://notthegrubstreetjournal.com/2019/03/12/the-military-industrial-complex-and-brexit-a-hypothesis-eumilitaryunification-brexit-brino-jocox-annalindh-olofpalme-tina/comment-page-1/#comment-5538

Taxation and Government spending is weakly related at best ( Ruml) where there is a Sovereign currency issuer. This is at its heart tied to Monetary Sovereignty rather than Rich Donors supporting in or out. It’s about Money creation hegemony.
https://notthegrubstreetjournal.com/2017/04/10/trump-netenyahu-plan-for-greater-israel-press-conference-feb-15-2017-its-the-petro-dollar-stupid/

The Elephant In the Room.

Article 50, Globalisation and the real seat of power.
The Top Table, The Trump Card & The Elephant in the room.
A brief look at the hysteria in Liberal and Progressive chattering circles and it is hard not to feel concern for the anguish obviously felt by those afflicted by the idea, That Brexit, as Mrs May has kept telling us does indeed mean Brexit.
The story does not really start or end with Brexit though. If one thinks about Globalisation and the Global interconnectedness of Commerce and Trans Global corporations One has to stop and ask one’s self. Who is really in Charge? Ignorance of the answer to this question resides equally on both sides of the polarised question In short. “(WE)…´´ Like Benjamin Franklin,

´´every Day find Men in Conversation contending warmly on some Point in Politicks, which, altho’ it may nearly concern them both, neither of them understand any more than they do each other.´´

Their Lordships on Article 50

.“Bring then above all ignorance, to which add confidence, audacity, and effrontery; as for diffidence, equity, moderation, and shame, you will please leave them at home; they are not merely needless, they are encumbrances.´´

The problem of the quality and extent of the discourse is very much still with us on Brexit, on both sides of the debate and both sides of the English Channel. The Issues are not clear cut and the problems are political in nature and therefore have a large ideological component. As well as essentially involving matters of opinion this question also involves matters of opinion about Divergent and wicked problems. The EU, The UK Democracy and Political Economy are allHuman constructs they involve choices and can always be changed society and community are emergent systems that are simply not pre-ordained.
David Graeber often when he writes points out that most opinions eventually reduce back to the ancient quarrel between Parmenides and Heraclitus.https://www.youtube.com/watch?v=qNjmPyHIoOc
rogerglewis  #Poetry #Poem  July 27, 2017 21 Minutes

Profitless usurer, why dost thou useSo great a sum of sums, yet canst not live?For having traffic with thy self alone,Thou of thy self thy sweet self dost deceive:Then how when nature calls thee to be gone,What acceptable audit canst thou leave?

It would have been a major conceptual error to allow usury to be
charged on agricultural loans denominated in metals, especially if the
interest and principal was to be paid in metal. For one thing, metals are
“barren” – they have no powers of generation. Any interest paid in them
must originate from some other source or process, outside of the bor-
rower’s understanding or control. Money and power would concentrate
in the hands of lenders.

This structural flaw was alleviated by the central authority. Although
the Royal household was the largest lender and charger of interest, it
took decisive action to minimize the harmful effects of usury, by peri-
odically declaring agricultural debt forgiveness. It also set official prices
for valuing various farm commodities, in effect monetizing them.

“In the earliest city cultures every form of exchangeable goods could
be used as money,” Heichelheim reports, estimating that 12 to 20 such
commodities were monetized. He thought that price lists such as
Hammurabi’s price tables (and those of Sumer, and of Mesopotamia)
have been misinterpreted as price controls when they are really official
exchange rates of various commodities when used as money. 13

This meant that borrowers, depending on their harvest to repay
loans, wouldn’t be harmed by seasonal market supply and demand
forces, as the increased supply from their harvest tended to push market
prices lower. Thus the effect of monetizing these commodities was to set
minimum floor prices for them, when used to repay loans.

But the usury error struck in Europe, and by the time the practice of
usury reached Greece and Rome, over a millennia later, repayment and
interest of metallic loans for agriculture were being demanded in metal
or coinage. This practice was not sustainable, and as we shall see, it led
to horrendous societal problems wherever it occurred.

Brexit Smexit, Why we should all be feeling the Bern and the UK referendum on EU is of no consequence in or out.

Bernie Sanders won in Michigan how many UKIP supporters that want out and how many SNP and Plaid Cymru supporters who want in,  realise the significance of that?

Britain’s enslavement
Tacitus explains the policy of his father-in-law, Agricola, in bringing the comforts of Roman civilization to the barbarous British:

‘His object was to accustom them to a life of peace and quiet by the provision of amenities. He, therefore, gave official assistance to the building of temples, public squares and good houses. He educated the sons of the chiefs in the liberal arts and expressed a preference for British ability as compared to the trained skills of the Gauls. The result was that instead of loathing the Latin language they became eager to speak it effectively. In the same way, our national dress came into favour and the toga was everywhere to be seen. And so the population was gradually led into the demoralizing temptation of arcades, baths and sumptuous banquets. The unsuspecting Britons spoke of such novelties as ‘civilization’, when in fact they were only a feature of their enslavement.’

Get Off Line, Get In on the Act, Share a Hug not a Link. Escape the digital gulag. Ditch Big Tech now!

The Road to Fascism: For a Critique of the Global Biosecurity State (6. From Kitsch…

I read a report the other day, Voyager had reached the outer reaches of the…