Some thoughts. I will not self censor or cut this short, I am busy getting WikiBallot user freindly. What this election is intended to be be is a Peoples Vote by Stealth. The reason the peoples vote was difficult to push through is that a simple in out binary question was simply to risky for the powers that be so this election will be designed for a low turnout affair which is the best business as usual Manufactured consent affair.

“The conscious and intelligent manipulation of the organized habits and opinions of the masses is an important element in democratic society. Those who manipulate this unseen mechanism of society constitute an invisible government which is the true ruling power of our country. We are governed, our minds are molded, our tastes formed, and our ideas suggested, largely by men we have never heard of…. It is they who pull the wires that control the public mind.” – Edward Bernays.

Control of our Money.

Spank the Banker (2019) Llyods Victims (Noel Edmunds)
What happened after the big banks were bailed out by taxpayers in 2008? Spank the Banker is a feature-length documentary film about the biggest bank heist in history – as global financial capitalism sought to re-build its profits. The film

What happened after the big banks were bailed out by taxpayers in 2008? Spank the Banker is a feature-length documentary film about the biggest bank heist in history – as global financial capitalism sought to re-build its profits. The film follows the intimate stories of six ordinary but courageous individuals who refused to be intimidated and fought back against a corrupt financial system. For the first time, this film gives a voice to those thousands who were scammed and exposes in detail the vast corporate criminal conspiracy to defraud them. Tens of thousands of people were forcibly bankrupted and £100 billion of their assets stolen, destroying families and driving some to suicide. British politicians deliberately turned a blind eye to this massive fraud in case it threatened economic recovery. Meanwhile bank executives fired internal whistle-blowers, falsified documents and used legal blackmail to block exposure of their actions. The major British television networks limited their reporting of these events under legal threat from the major UK banks who can afford £1.5 billion on legal fees every year.
Spank the Banker is a story about the biggest bank robbery in history of UK – the looting of 100,000 small businesses by their own corporate bankers.. We follow the intimate stories of six ordinary individuals who fought back against a corrupt financial system.

Control of our Laws.

looking at the individual circumstances
16:49
and then perhaps making rules that they
16:51
that sort of extrapolate from those
16:54
individual cases and the philosophy of
16:58
our law is completely the opposite of
17:00
the Roman law based legal systems on the
17:04
continent the Roman law based systems
17:07
are based upon the Roman law that came
17:10
through the Middle Ages just Indians
17:11
code which is really a law almost of
17:17
tyranny Justinian was so he’s a Roman
17:21
Emperor and he had Roman senators and so
17:24
on when the Senators came into his
17:26
presence they had to fall to the ground

Control of our Culture and Borders.

Culture Matters
by Golem XIV on NOVEMBER 13, 2016 in LATEST
Over the last few months the Brexit debate brought to a head long running arguments about immigration, racism and multiculturalism. It has not been uplifting. People accused each other of being racists, haters, ignorant and lost, as simmering discontents and prejudices all came to the boil. Is it possible to address any of the issues from a different starting place, one that might be less polarised and poisoned? Here is my attempt.

Wiki_Ballot aims to be informative and Fun! 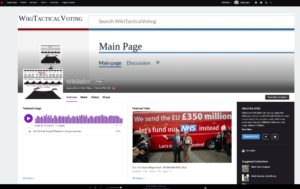 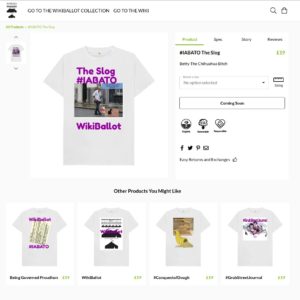 If the Brexit Party doesn’t get Real and Organised about electoral tactics, it will be humiliated on December 12th

Glancing across the UK press titles this morning, it was hard to spot a flash bulb, glimmer or even scintilla of insight about the forthcoming election on December 12th. Now we have established that pregnant women will not be able to vote on behalf of their foetus, Uzbeckhistanis will be disenfranchised and horses will be for courses not polling booths, I had hoped there might be somebody with a longer view. Alas, no.

The Guardian says the Brexit Party is all over the place about how many candidates to field, The Times insists that moderate ‘One Nation’ MPs are standing down in droves because the Tories are all over the place, the Telegraph says the Illiberal Demagogues will give Dominic Grieve a free run, and that shows they’re all…

A haunting reminder of Orwell’s Room 101 takes its place next to Michelangelo’s ‘David’ By Louise Jury,Arts Correspondent Thursday 13 November 2003 01:00  The most famous office in the history of the BBC was demolished during the summer. But a ghostly reminder of Room 101, immortalised by George Orwell in his novel Nineteen Eighty-four, was unveiled […]