Now we will see, As regards the EU they are now in a far worse position than they have been in, the UK’S negotiating Hand is now very very strong. Cummings if he is reappointed and even promoted will be interesting to see, as will be what happens to Sedwill.
Trump’s response is also important this result is I think very good for Trump’s 2020 prospects as was Brexit in 2016. Trump has been very good for the USA hampered by the democrats, Boris has shaken off his Bastards. If Trump is able to do that, we will see what new Banking regime emerges.

An Extreme Anti Human #WrongKindofgreen solution is now far less likely and If trump can get re-elected in 2020 we might see a new paradigm. I am optimistic that this has a good chance of happening.

08:44 Hi Ranjan, I am actually disappointed that Zac Goldsmith lost in Richmond Park. I really like him and it is a great shame The Lib Dem’s I do not like and I find the Green Party incredible. Jo Swinson Losing her Own seat is no less than she deserves, a veritable Nick Clegg Moment. Perhaps she (Jo Swinson) will also move to FaceBook as part of her Revolving door retirement plan .

Zac and his brother Ben are too close to Priti Patel and Lynton Crosby for my liking. He is the wrong fucking type of Green! I agree about the Trump prospects. McDonnell saying he was dedicating his life to the Climate was such obvious bollocks, wasn’t it? Labour were a joke. Glad they showed up though. Never overestimate the electorate.

08:50  Hi Ranjan, Paul Embury said that this result was quite likely as did Labour Leave. It really is the Bourgeoise Middle-class guilt brigade that lost this for Labour, not Jeremy Corbyn. I feel for Jeremy I really do, he is a good and principled man, I thought Gove’s Anti Semitism comments were unworthy and mark Gove out as someone I would happily see Boris return the 2016 favour too. I do not think he will. On Boris, I will say what I said of Trump’s election in 2016. WIll our narcissus hear the Echo of the new constituencies and recognize the Voice and requite its call or will he remain deaf? I do not think Trump has been Deaf and I am optimistic that Neither will  Boris be deaf. For all his humanity who am I to condemn, I too have done a lot I would rather not drag out into the light of day, we can all only strive for a better path and I wish Boris well and he will be in my Prayers.

On the contrary Ranjan, never underestimate the electorate in the bigger picture I do think this will work out better for them on average. What Labour need to do now regarding Brexit is join Boris inside the Tent Pissing out, there will be plenty of two-faced federalists outside pissing in.

I think you’re making some good points here. The likes of Embury could have backed Labour and got Leave though. That was what I was hoping for. Instead, they all defected to Tories – if they think more austerity will help them then that is their choice – that is what I was referring to – Boris has just gone up to them – called them chicken – and wound them up. I would be far more ok about this if people were able to name any of the commissioners and say why they are fucking bad news.

Hi Ranjan I am turning out Dialogue into a Blog. We must act quickly to make our points regarding Eu Military Union. The Dangers of the ECB land mine which John Ward estimates to be a potential 2 Trillion Liability left to the UK’s account by Phillip Hammonds incompetence/treachery.

Looking at NATO. Is NAto the Turkey that refuses to Vote for Christmas?

The above options all offer to wriggle room within the withdrawal treaty which Boris has ready to go before Parliament. The Suspected loophole now become strengths in the Negotiations with the EU. Dominic Cummings is the Hero who has as yet not been mentioned by the Main Stream Media, only weeks ago they were calling for his head.

It is quite clear neither the Brexit Vote in 2016 or This Historic Victory for One Nation Conservatism would have been possible. Dominic Cummings has been responsible for guiding Both Michael Gove and Boris Johnson, He has eclipsed Lynton Crosby in this election, It is Crosby who said thet who the hell knows what One Nation COnservatism is. The answer resonates in this Election result perhaps you have to be a British Patriot to hear Narcisus’s Call and

”By chance, the boy, separated from his faithful band of followers, had called out ‘Is anyone here?’ and ‘Here’ Echo replied. He is astonished, and glances everywhere, and shouts in a loud voice ‘Come to me!’ She calls as he calls. He looks back, and no one appearing behind, asks ‘Why do you run from me?’ and receives the same words as he speaks. He stands still, and deceived by the likeness to an answering voice, says ‘Here, let us meet together’. And, never answering to another sound more gladly, Echo replies ‘Together’, and to assist her words comes out of the woods to put her arms around his neck, in longing. He runs from her, and running cries ‘Away with these encircling hands! May I die before what’s mine is yours.’ She answers, only ‘What’s mine is yours!’”

Boris has been subjected to a great deal of scrutiny and many serious charges have been laid at his door. Some will say he is condemned by his own words and of course it seems to be true that  Mr Boris Johnsson is less than the ideal of the Platonic Aristocrat, schooled in the pursuit of Arete, Virtuous Excellence.

If you read the Original Article on Why Trump was a better pick than Hilary Clinton the same arguments apply equally well to Boris Johnsson.

I like this speech by our new Prime Minister.
Boris sounds like a leader & his passion & positivity about Britain is necessary & infectious. 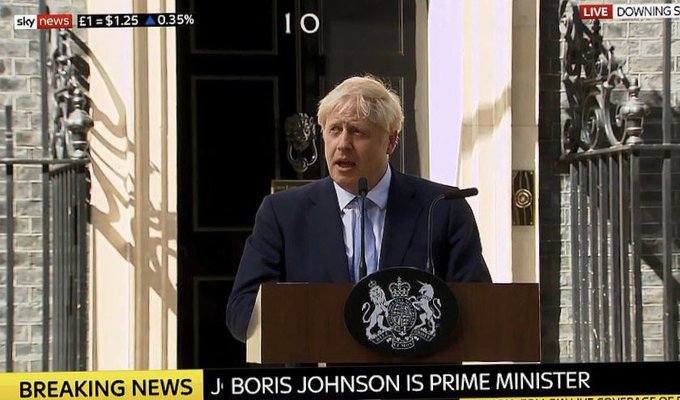 Thats more like it, “Heads down and drive”! Get in.!

Brexit Smexit, Why we should all be feeling the Bern and the UK referendum on EU is of no consequence in or out. Bernie Sanders won in Michigan how many UKIP supporters that want out and how many SNP and Plaid Cymru supporters who want in,  realise the significance of that? Whilst several months of … END_OF_DOCUMENT_TOKEN_TO_BE_REPLACED

END_OF_DOCUMENT_TOKEN_TO_BE_REPLACED

Who Will Win in Hartlepool? #SamLee Independent . Don’t get strung up on #FatBlair and the corporate crowd, go for “a cracking good candidate! Samantha Lee. #HartlepoolByElection

https://wikitacticalvoting.miraheze.org/wiki/Hartlepool Yesterday I had the pleasure of catching up with Chris Soley, Managing Director of Camerons Brewery. The brewery opened… Posted by Sam Lee for